10th anniversary as a Buddhist 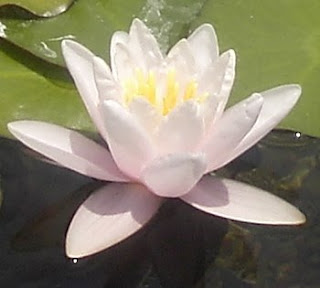 Today is my 10th anniversary of my Buddhist practise. Happy Buddhist Birthday to me. I have a picture of me (holding a piece of cake naturally) and I have a big smile on my face. It was a great day for me. I didn't know too many people at the culture centre, one Japanese family who always ran to hug me when they saw me, my district leaders (a couple who have been through so many challenges it's crazy and they're still together) and my bemused husband(boyfriend at the time) who came along to see what the hell I was doing with my life. He didn't really want to be there, I think, but he wanted to support me. I remember being so happy, my face hurt from smiling. I was so excited when my boxed Gohonzon and scarf was placed in my hands. There was a special ceremony where the Vancouver director read out what was on the membership certificate and then placed the Gohonzon in my hands as if it were precious gold. I was told that it represented my life and that I should always treasure it. Pictures were taken, excitement was in the air, everyone applauded. I had no idea that it was such an occasion! Later, my district leaders came to our place to enshrine the Gohonzon. They made jokes to put hubby at ease as they put papers in their mouths (so as to not accidently spit on it), proceeded to unroll it and hang it in the butsudan while we chanted. The butsudan is what holds the scroll and it can be very simple or very ornate.

So what can I say about being a Buddhist for a decade? What enlightenment have I received? Well, this Buddhism sounds so simple and it's quite easy to start. But like an onion, it has many layers and when you think you finally get something, you can just as easily realize you don't understand anything. It's been a lot of fun, I have a lot of happy memories with my fellow Buddhists as we've produced exhibits and events in the city. United, we chant to achieve what a lot of people think is a waste of time - world peace.

I've learned that I'm a lot stronger than I thought. I don't cut and run from difficult situations anymore. I stand and fight. My practise has helped me to cycle through therapy in half the time. I've learned that I get a lot more from people when I give more. You can gain compassion through suffering, but you have seek true, unshakeable happiness.

I've lost faith. I've found it again. Slowly, gradually. Infertility can make you question your worth as a woman, your self identity. How many times have we asked, why me? Why can't I be like everyone else?

You don't have to practise a particular religion or philosophy to have faith, but you do need to nurture it. I like ritual but I hate dogma. Ten years ago, I had no idea of just how connected people on this planet are to one another. I've gained a certain level of equanimity. Just a tiny, tiny fraction. I've found happiness not in flat screen TVs, but in nature, in moments in time, in great parking spots. To believe in myself is one of the hardest tasks that I have in this lifetime. I don't think it's an accident that I picked the worst career in the world to try and accomplish this. I've learned the difference between what you do and what your mission is.

I am grateful. And occasionally, fleetingly, when I am in rhythm with the universe, I get the flash that I am not who my mind says I am, I am something so much more. It's those moments when I don't feel fear.
Posted by Deathstar at 10:10 AM

I think a lot of people would think meditating is a waste of time too. Infertility is a great practice because it is very easy for our minds to get all wrapped up in everything that's involved with it. I know I have, and I've lost myself in it. I need to find my way back to those open moments you are talking about. Maybe I'll write a book about it someday :)

Happy Belated Anniversary. How wonderful to be dedicated for 10 years.

Infertility plus your Buddhist faith seems to have strengthened you. Perhaps you have a better perspective on your childless state because you see yourself as part of a larger group. How wonderful!

That lotus blossom is from a picture of the pond by the library at Soka University in Aliso Viejo in California.